Yesterday was an utterly miserable day at work: I saw four incidents of people being abusive to each other and it really made me feel uncomfortable. What is up with all of the dick slinging and finger pointing? Why don't these people act like professionals? I feel like I'm playing by an entirely different rule book, one where calling people lazy in front of their subordinates and getting into territorial disputes during much attended weekend is not standard or even acceptable. This led to a mini-chocolate binge at about 2 PM - it was really just horrifying.

Afterwards I went to a wine tasting with

parsingphase at Notes Covent Garden (just across from the opera house). It was an ideal counterbalance. By 9PM I was in a completely different mood and eager to take my new friends home with me so we could keep partying at my place. Woo hoo!

I did manage, once I get home, to finish up my review of Tara Theater's Bollywood restyling of The Miser, a.k.a. Kanjoos. It was amazing how they could take this story, set it in India, and make it totally work; it didn't hurt that the cast was really talented and the script extra-witty (with all sorts of South Asian humor that was 95% understandable). And what a deal at 15 quid! Highly recommended.

Not recommended at all is Scenes from an Execution at the National. I questioned whether or not I should write up the evening at all given that they changed their mind about it even being a preview ("more of a final dress") and I walked out after intermission. However, I'm now glad I did, as I've been linked to from the Guardian and my site stats are going through the roof. I've even been accused of inspiring an entire post from the Guardian's theater critic, but, as I'm not the only one would walked out, I can't really take credit for you. Life is short, and you're not obliged to sit through a bad show, when you could be using that time to get home/write/do nothing. I say they should be grateful we don't carry oranges and tomatoes to the theater anymore, because BOY they would have been flying. Well, maybe not at this show, but certainly at the disastrous Troilus and Cressida that recently clogged the stage of the Riverside.

Anyway - work life balance seems good, especially given that after the lame lame week I just had at work I went off and had a weekend so awesome I didn't even have time to write about it. Blogging, my heart is not in you. 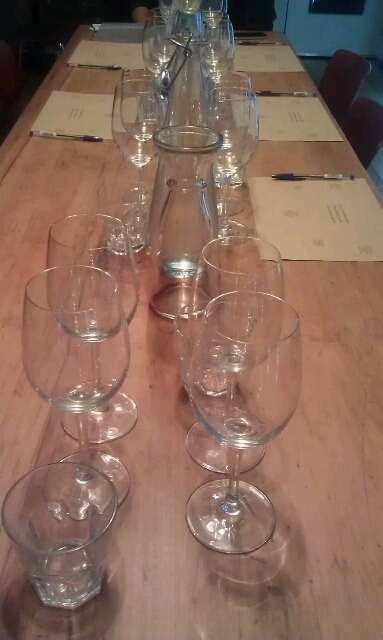 parsingphase. Tempranillo is, I think, one of the grapes that makes a Rioja; I was expecting (and got) lots of nice Spanish wines, including a Ribera del Duero. It was held in the basement and we got to talk about the wines with the very unpretentious Australian who was leading the tasting and eat olives and almonds to cleanse our palate (yum). It really made me want to travel to Spain just to do a wineries tour - he recommended flying into Bilbao and then driving around. I find this a tempting idea. Here are my notes.

Joven: a Rioja that hasn't been aged, usually barely a year old. Fruity. Not my thing.

Crianza: at least one year of aging in wood. No real oak notes. Reserva: must be at least three years old. Grand reserva: must be at least five years old, with three years aging in oak. I'll stick to buying this going forward. (Apparently some places will still make awesome Riojas without them being reservas or grand reservas because they have different ideas about aging and about what kind of wood to use for the barrels. I've been told that you can usually tell by the price just how successful the wine maker has been. If it's £50 and a reserva, it's probably still pretty awesome.) 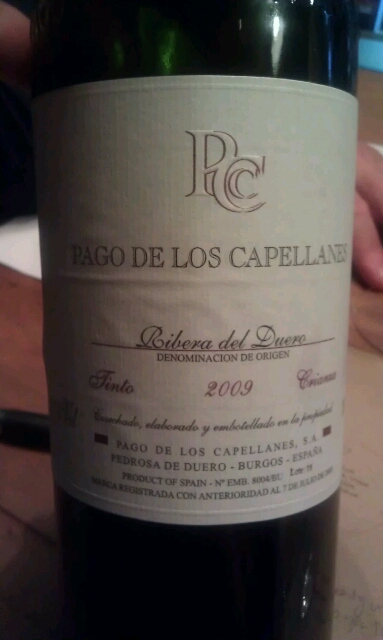 I came home with four bottles, two of the one above. I felt like I'd made a bunch of new friends and wanted to carry on partying with them after the club closed. Mmmmm.

Anyway, if this all sounded interesting, they're having another one on the 15th and then again on the 22nd of October. Feel free to join me!
Collapse